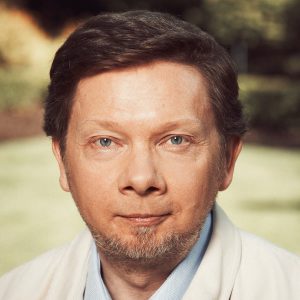 Eckhart Tolle, born in Germany on February 13, 1948, is a renowned writer. I like to define him as philosopher – spiritual teacher of these current times.

Listen to him always is a pleasure, performs conferences about the topics that maybe of interest to human growth. Offers lessons and reflections on life, living and death. On youtube.com are extracts from his lectures, almost all in English, there is some in Spanish.

We have been in contact with him and his team and they have given us a few articles in English about the death and mourning. We have translated them and then share with you the first:

The Peace That Passes All Understanding By Eckhart Tolle

There are many accounts of people who experienced that emerging new dimension of consciousness as a result of tragic loss at some point in their lives. Some lost all of their possessions, others their children or spouse, their social position, reputation, or physical abilities. In some cases, through disaster or war, they lost all of these simultaneously and found themselves with “nothing.” We may call this a limit-situation. Whatever they had identified with, whatever gave them their sense of self, had been taken away.

Then suddenly and inexplicably, the anguish or intense fear they initially felt gave way to a sacred sense of Presence, a deep peace and serenity and complete freedom from fear.

This phenomenon must have been familiar to St. Paul, who used the expression “the peace of God which passeth all understanding.” It is indeed a peace that doesn’t seem to make sense, and the people who experienced it asked themselves: In the face of this, how can it be that I feel such peace?

The answer is simple, once you realize what the ego is and how it works. When forms that you had identified with, that gave you your sense of self, collapse or are taken  away, it can lead to a collapse of the ego, since ego is identification with form. When there is nothing to identify with anymore, who are you? When forms around you die or death approaches, your sense of Beingness, of I Am, is freed from its entanglement with form: Spirit is released from its imprisonment in matter.

That’s the peace of God.

The ultimate truth of who you are is not I am this or I am that, but I Am.