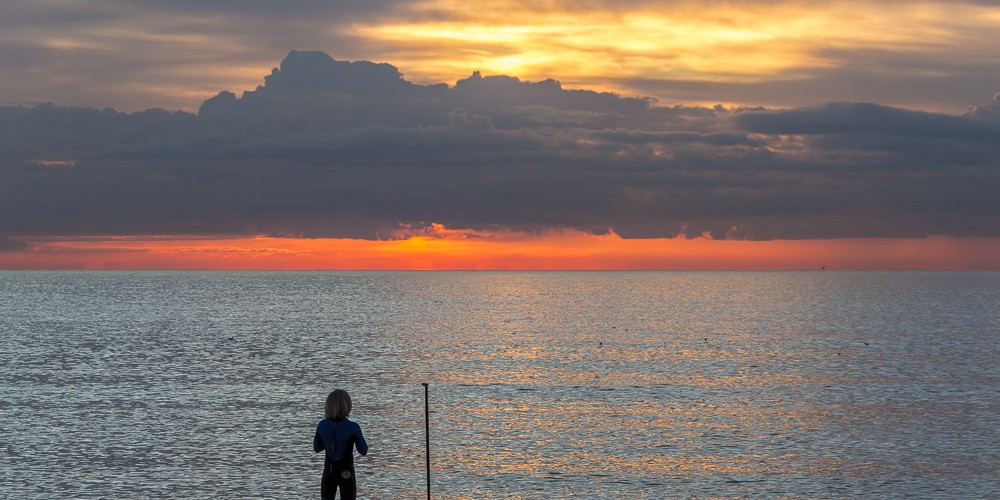 We went for an interview when the curiosity of those interviewed surprised me, not the question: we had been asked how we had come up with the idea of ​​this blog. I stayed silent and Hans answered. The truth is that I did not know what to say. I am not aware of when I started to get interested in the subject, but it is a topic that has always been present in my life. Later, thinking about the question and my response, I made up my memory and I remembered when I had my first contact with death.

I was little, my mother was pregnant with my sister, I still had not reached the age of two years. I have no conscious memory of the facts, there is a something like a cloud of memory, it is more like a feeling. My grandfather Francesc committed suicide, jumped in front of a train from the Marina-Bridge in Barcelona. It was a shock to the family. My mother was five months pregnant with her daughter. They found a letter, my grandfather was ill, he had some sort of cancer, I do not know why and what kind. The letter said that he did not want to suffer or cause suffering. I can understand that he did not want to suffer, avoiding the suffering of others did not make so much sense to me.A death always causes suffering, especially to those who remain. Yes, I were  a very young kid, but all the children realize what happens, especially the feelings and emotions of the grown ups, as well as the energy that moves between people. I know that my parents spoke without hiding it, because it has always been the case (the secrets came later, but now is not the case). I somehow had to see with my innocent human eyes those had just arrived to this planet, what it could mean when someone was dying.

Life and death are two sides of the same coin, it is necessary to learn to die, because it helps you to learn to live. Suicide is a bad death, the result of a bad experience. So I want to write about suicide, this is a blog about learning to die, and suicide is the darker side of death. Let’s talk.

If death is a taboo subject, suicide is more a scourge, with capital letters.

In the town where I live since 34 years, the train passes every day. There is an area where there is not much visibility, there are some people those decided to end their lives recently at this spot. At the end of this year a villager did. I’ve always wondered how much a person can endure. What is the peak of their suffering, so strong that not even death scares them anymore.

My adolescence was not easy at all. I remember feeling helpless , alone and lost. So many times I wished I would not exist. I wanted to lock myself in a dark room and occupy the most minimum space. I had the desire to disappear. I had the feeling of not belonging anywhere. I did not feel well with people , not with my family, or myself, or anything . I was very unhappy. I fantasized about escaping, getting away from all, but it was not a solution. Would you do that?

I could not imagine a happy life, as long as I was full of pain and anger and great sorrow. We often think of death as a solution that makes us cease to exist, like the end of suffering.

I thought a lot how to do it… but I never tried … luckily. Maybe I was never that bad, not troubled enough to do it, maybe the fear of death was too great. Maybee I had this deep underlying hope that one day everything would change. I do not know.

What I know is that many people decide to do suicide. It actually is one of the three leading causes of death in people aged between 15 to 44 years. This statistic should be important enough to do something about it, right? I saw the talk on TED by JD Schramm, and it felt very inspirational to me. It is necessary that there is a service to help people who are in this situation. I would like to share with you some links that deal with the subject, not too many. But hopefully they could help someone who is in need of some extra information when in a critical situation.